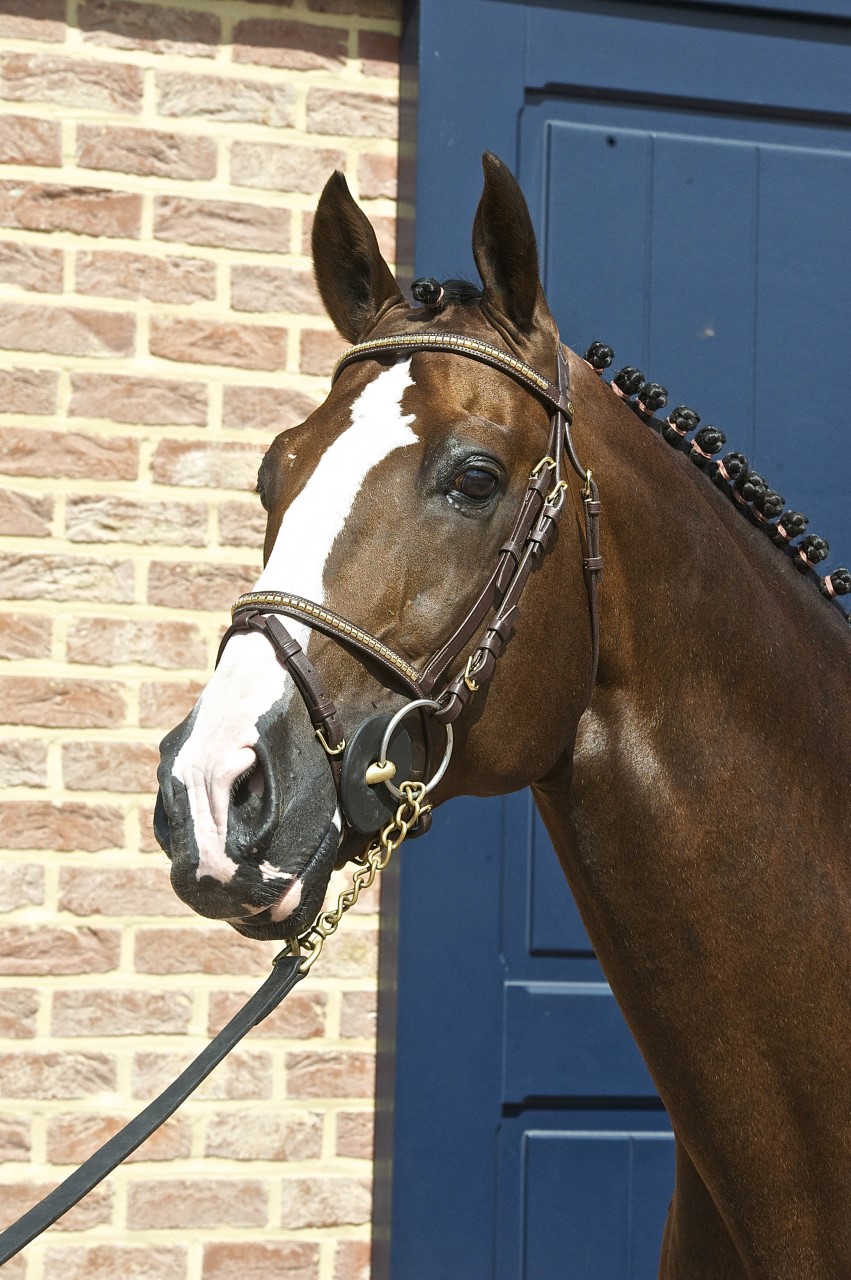 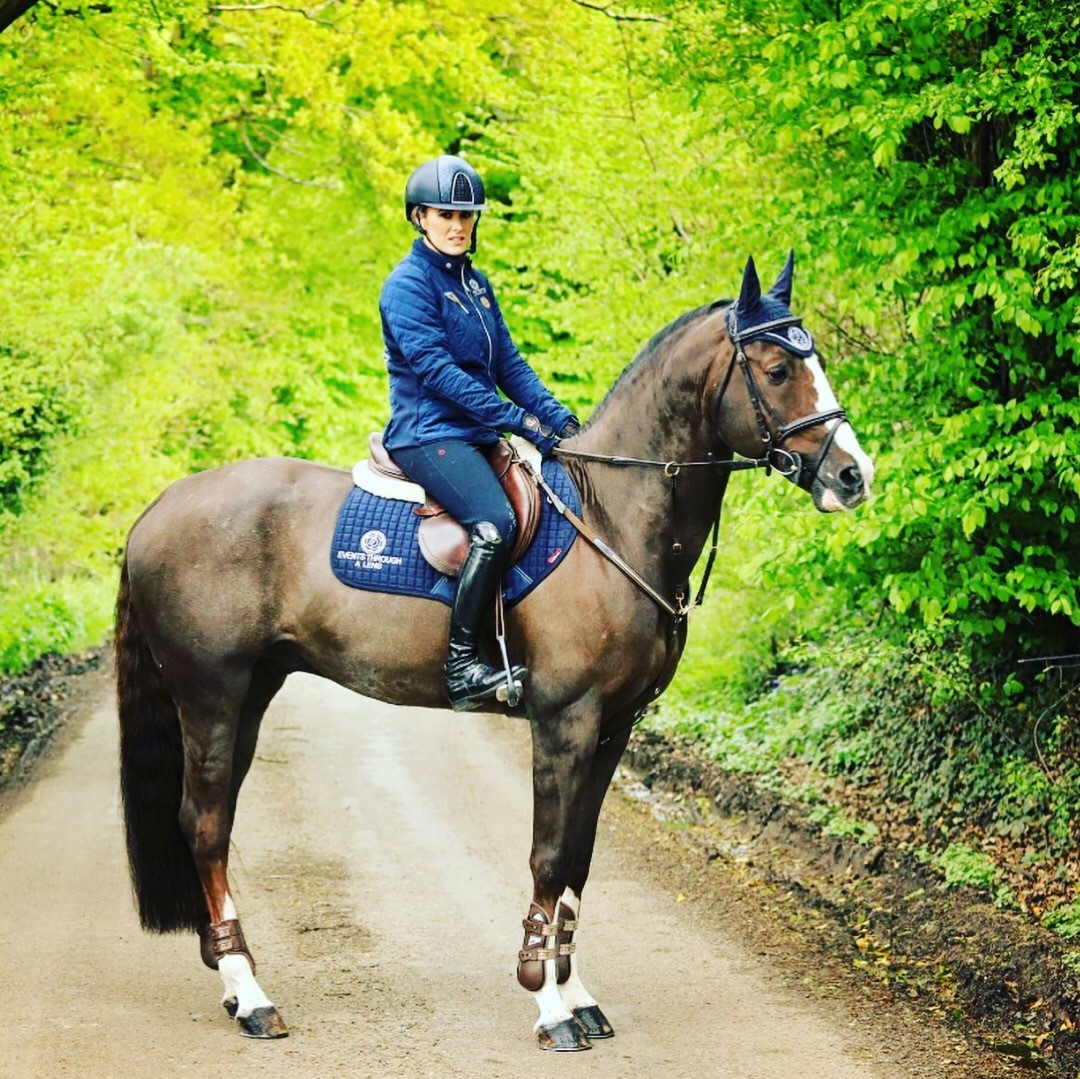 This chesnut stallion has a striking appearance with 4 white legs and a white spot under his belly. He has charisma, scope, endless talent and also a very friendly and kind temperament in and out the stable. He stands out with his impressive confirmation, elegance and intelligence.

He has competed at the highest 5* level. Highlights include 3rd in World Cup in Sharjah, UAE, Winner of 4* Bolesworth Grand Prix, 3rd in the 4* Windsor Grand Prix, prolific winner at Hickstead Internationals & represented GB in 5* Nation Cup.

His sire is the jumping bred stallion Vivaldi Van de Kampel (now renamed Albfuehren’s Vivaldi) , son of the famous Darco, out of the mare Ladola by the equally famous Concorde. He competed from 2006-2011 with swiss rider Walter Gabathuler at 1.50m International Grand Prix and now stands at the Hofgut Albfürhen stud on the Swiss/German border. His progeny are 1.60m level & CSI3* eventing.

His grand sire Darco reigned the world of showjumping with Ludo Phillappaerts . Together they won some of the world’s biggest Grand Prix competitions, World Cups, Nation Cups, 3 European Championships & the 1992 Olympic Games. Darco is one of the world’s most dominating and leading successful sire of all time - famous offspring include Winningmood (Luciana Diniz) Sapphire (Mcclain Ward) & HH Copin (Gregory Wathelet/Marcus Ehning).

His grandmother Sindy x Lincoln also produced jumpers at 1.40m level and above.

As a 3 year old VDV passed his performance test easily and sired around 40 offspring in Europe several of which are jumping at Grand Prix level most notably Van de Emma who competed successfully at GP level with Angelica Augustsson and now at 5 star level with Peter Wilde.

More recently in the UK he has starting breeding again and has sired 20 more offspring which are now just starting out on their jumping careers as young horses.